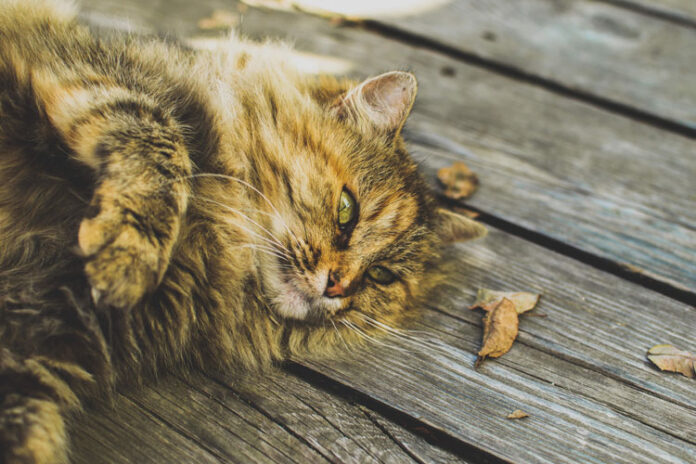 A Bird In The Bathroom

So, we had a bird in the bathroom yesterday.
The joys of living with two cats. I would have thought they had killed every bird, shrew, rat, mouse in the neighbourhood by now. Nope, Eliza managed to find another one. And brought it in the house. Because it is so much more fun to play inside.
What was I thinking, leaving the backdoor open?? It’s like an invitation, right?

I was under the shower when I heard some shrieking and flapping. I kinda guessed what was going on, so I grabbed a towel and opened the bathroom door.
There was Eliza, licking her lips, throwing the bird in the air, pulling out loads of feathers while doing so. Somehow the bird managed to spot the open door and ran straight into the bathroom. I shut the door, without thinking.
Meanwhile the hound had gathered that there is some entertainment going on, so she came shooting down the stairs. Cat, meowing, zooming around, looking for her toy. Dog whimpering, trying to open the bathroom door to see if there was a friend to be made. Cora is desperate for friends, and she’ll never understand why nobody wants to play with her. Dancing around potential friends like a nutcase doesn’t work, but she’ll never understand.
Anyway, managed to chuck the cat out, which ran right around the house to the bathroom window. Flip, window is open. Open the door just wide enough to put my arm through and close the window. Confused dog went upstairs to look out the window. Don’t ask. Logic is not something that comes naturally to Cora.

But back to the bird. Or me. Still only wrapped in the towel. I mean, my clothes were in the bathroom.( No, it didn’t occur to me that there is a wardrobe full of clothes in the bedroom.)
Hoover, need to hoover. I had a friend coming over and surely, I had to clean up the mess first. Did that.
Bird still in the bathroom.
I had no idea what condition the bird was in, for all I had seen it was half dead. Dead things I can cope with, living things I can cope with. Half dead? Not so much. It usually means you have to kill whatever it is. Can’t give it back to the cat, can I?

What I used to do in situations like this? ‘Rooooooooooodneeeeeeeeeeeyyyyyyyy’. Yep, not an option.

OK, leave the bird in the bathroom. Maybe it’ll go away. Maybe my friend knows what to do. (She didn’t, she could only suggest to give it some water. Which I did)
Friend came and went. I had to go out and collect Katie. Hours had passed and I was really hoping the problem had solved itself somehow.
So I opened the bathroom door very carefully and had a good look around. It’s a pretty small bathroom, so it shouldn’t be that hard to spot a bird that doesn’t usually live in there.
Well, I could see lots of bird poop EVERYWHERE but not the damn bird.
My mistake was that I looked too high up and too low down. I finally spotted it. On the windowsill, looking like a rather cute ornament. Duh!
Still very much alive and obviously still capable of hopping around. And pooping.
There was no way That I’d even try to catch it.
A man, you need a man for the job. Off I went to the neighbour’s house. Too late I remembered, that a few weeks ago he had watched me, from a safe distance, dealing with a stunned mouse. But, of course, being a man, he agreed to help right away.
His wife came along too. For moral support I guess.
Neighbour standing there with a shoe box in his hands trying to catch the bird. And jumping every time the bird moved. His wife and I are watching. I guess that didn’t help. By then the situation had become so ridiculous, I had such a hard time not to laugh out loud.
But he did it. He caught the bird. His hands were shaking when he handed the box to me. He made extra sure that the lid was closed but it became apparent that he couldn’t care less about what I should do with a half dead bird.

I took it in the garden, put it on the roof of the garage and opened the box. And off it flew.
A Thrush, in case you were wondering….