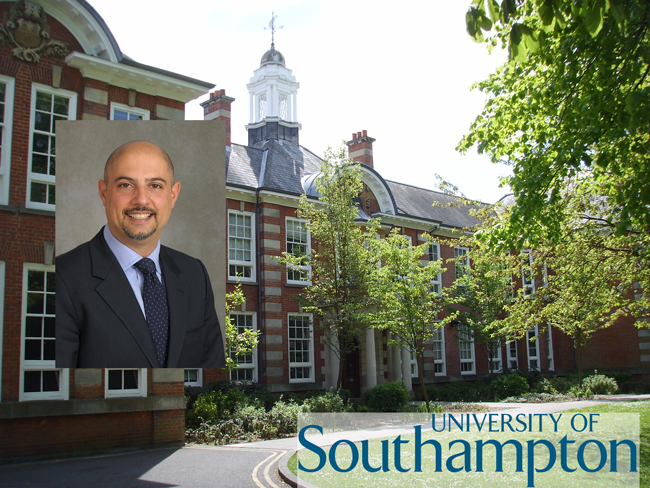 World’s Largest Medical Study Into What Happens When We Die

What happens when we die is an age old question. People who claim of a Near Death Experience get tagged with being called crackpots or peddling nonsense.

In this era where modern medicine has the ability to revive stopped hearts, essentially brining people back from death, the medical world is starting to look deeper into what happens after we die.

After four years of research, beginning in 2008, the worlds largest international study into what happens when we die has finally concluded. The study ‘AWAreness during REsuscitation (AWARE)’ focused on 2,060 cardiac arrest cases and was recently published in the respected medical journal Resuscitation.

Incorporation fifteen hospitals worldwide the study concluded that there is a unique experience of death that appears far broader than what has been referred to as so called near-death experiences (NDEs).

The study was sponsored by one of the top research universities in the UK, the University of Southampton and led by Dr. Sam Parnia, Assistant Professor of Critical Care Medicine and Director of Resuscitation Research at Stony Brook Medicine, US.

Looking Down From Above

According to the study, “A 57 year old man described observing events from the top corner of the room and continued to experience a sensation of looking down from above. He accurately described people, sounds, and activities from his resuscitation. His medical records corroborated his accounts and specifically supported his descriptions and the use of an automated external defibrillator.” The report went on to add, “this likely corresponded with up to 3 min of conscious awareness during cardiac arrest and CPR.“

When interviewed for the study, the 57 year old said, (Before the cardiac arrest) “I was answering (the nurse), but I could also feel a real hard pressure on my groin. I could feel the pressure, couldn’t feel the pain or anything like that, just real hard pressure, like someone was really pushing down on me. And I was still talking to (the nurse) and then all of a sudden, I wasn’t. I must have (blanked out)….but then I can remember vividly an automated voice saying, “shock the patient, shock the patient,” and with that, up in (the) corner of the room there was a (woman) beckoning me…I can remember thinking to myself, “I can’t get up there”…she beckoned me… I felt that she knew me, I felt that I could trust her, and I felt she was there for a reason and I didn’t know what that was…and the next second, I was up there, looking down at me, the nurse, and another man who had a bald head…I couldn’t see his face but I could see the back of his body. He was quite a chunky fella… He had blue scrubs on, and he had a blue hat, but I could tell he didn’t have any hair, because of where the hat was.

The next thing I remember is waking up on (the) bed. And (the nurse) said to me: “Oh you nodded off…you are back with us now.” Whether she said those words, whether that automated voice really happened, I don’t know…. I can remember feeling quite euphoric…

I know who (the man with the blue hat was)…I (didn’t) know his full name, but…he was the man that…(I saw) the next day…I saw this man [come to visit me] and I knew who I had seen the day before.”

Dr Parnia concluded: “This is significant, since it has often been assumed that experiences in relation to death are likely hallucinations or illusions, occurring either before the heart stops or after the heart has been successfully restarted, but not an experience corresponding with ‘real’ events when the heart isn’t beating. In this case, consciousness and awareness appeared to occur during a three-minute period when there was no heartbeat. This is paradoxical, since the brain typically ceases functioning within 20-30 seconds of the heart stopping and doesn’t resume again until the heart has been restarted. Furthermore, the detailed recollections of visual awareness in this case were consistent with verified events.”

May Correspond With Actual Events

The research found in some cases of cardiac arrest, memories of visual awareness compatible with so called out-of-body experiences may correspond with actual events.

A higher proportion of people may have vivid death experiences, but do not recall them due to the effects of brain injury or sedative drugs on memory circuits.

Lead author of the study Dr Sam Parnia explained: “Contrary to perception, death is not a specific moment but a potentially reversible process that occurs after any severe illness or accident causes the heart, lungs and brain to cease functioning. If attempts are made to reverse this process, it is referred to as ‘cardiac arrest’; however, if these attempts do not succeed it is called ‘death’. In this study we wanted to go beyond the emotionally charged yet poorly defined term of NDEs to explore objectively what happens when we die.”

Widely used yet scientifically imprecise terms such as near-death and out-of-body experiences may not be sufficient to describe the actual experience of death. Future studies should focus on cardiac arrest, which is biologically synonymous with death, rather than ill-defined medical states sometimes referred to as ‘near-death’.

Thirty-nine per cent of patients who survived cardiac arrest and were able to undergo structured interviews described a perception of awareness, but interestingly did not have any explicit recall of events.

“This suggests more people may have mental activity initially but then lose their memories after recovery, either due to the effects of brain injury or sedative drugs on memory recall,” explained Dr Parnia, who was an Honorary Research Fellow at the University of Southampton when he started the AWARE study.

Further studies are needed to explore whether awareness (explicit or implicit) may lead to long term adverse psychological outcomes to cardiac arrest survivors.

Dr Jerry Nolan, Editor-in-Chief of Resuscitation, stated: “The AWARE study researchers are to be congratulated on the completion of a fascinating study that will open the door to more extensive research into what happens when we die.”