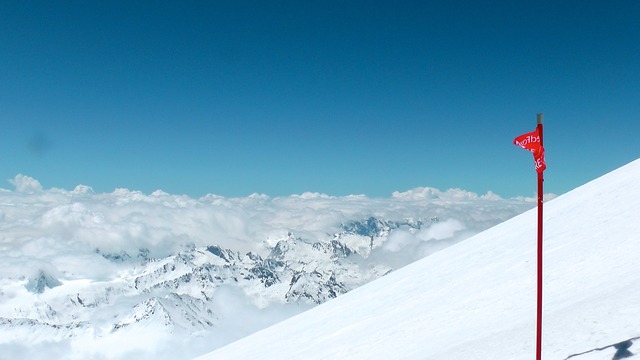 Our son climbed Mount Elbrus this week. The highest mountain in Europe, one of the seven summits.

And yet, he managed to pick himself up and I learned / watched the true meaning of “Mind over Matters”.

He went back to school to do his A-Levels (Leaving cert, Abitur). He got through the day by not eating anything til he got home, meaning he’d go from 7 AM until 5 PM without food, to avoid the loo and pain. He’d come home, eat, sleep and throwing temper tantrums at the (admittedly) crap internet connection in rural Ireland. The internet was his lifeline, his connection to the outside world for years. Once a month maybe he’d feel strong enough to go out.

Philipp was / is incredibly lucky to have the best friends ever. In a time where being bullied for having the wrong haircut, not being cool is nearly normal, his friends stood by him( despite knowing about his illness ) Always. All the way to his father’s funeral (and they were much better dressed for that too 😉 )

Thanks to his friends, Philipp started going out again. Gareth took him out one day to Newcastle, to do some mountain stuff. Not long after, Philipp started hiking. Anger management and gaining control over a body that dictated what he can and can’t do for way too long.  Living at the foot of the Cooley Mountains gave him plenty of opportunities. For the first few times I had to drive him to ‘starting points’. like the Long Woman’s Grave’ where he would go walking and I would collect him again. Soon after I only had to drop him off and very soon after that he would walk all the way. For hours, taking longer and longer routes.

In the summer of 2015 he got his A-Level results. And brilliant they were. And for the first time in his life he went on holidays completely on his own. On a trip through Europe, starting off in Brussels, getting drunk in Bruges, becoming a vegetarian in Prague,  partying in Austria. Things any “normal” teenager had already done. He had the time of his life.

Towards the end of his holidays his dad became ill. He found out by accident that we were in hospital, because I sent a message to him that was meant for a friend of mine. A day later we got the diagnosis for Rodney. I let Philipp know the same day. I had to, he would have hated it, if I would have kept it from him. I could convince him not to break up his travels.

By the time he got back to Ireland we knew a bit more about the extent of Rodney’s cancer. We knew, the news wasn’t great but we were given 2.5 years. At least. Not to see Philipp graduate from university was one of Rodney’s biggest worries. So when Philipp decided to postpone his studies for a year, Rodney wasn’t impressed at first. I had mixed feelings and I am still feeling guilty about that. Of course I wanted him to go to university, he had fought so bloody hard to get there. I hated the thought that he’d put his life on hold for his parents. But I am very aware of the fact that he didn’t just stay because his dad was very ill. He also stayed to be here for me. To support US. His dad, his sister and me. Morally and financially. Instead of going to university to study maths and software engineering he learnt how to fix wheelchairs.

So Philipp stayed with us, and it made us feel incredibly guilty. And happy. It was a hard one to accept at the time. You want life to go on as normal as possible even when faced with a terminal diagnosis. But boy, Rodney loved being with us, with Philipp. Always so incredibly proud of him. Knowing that neither, me or him, would have been mature enough to do the same when we were Philipp’s age. Hell. I didn’t grow up until I was in my (very, very) late 20s.  I mean I was 31 when I took Philipp on a ride down the alps in Switzerland, in a child seat on my bike, 80 kph, who the hell would do that??? Yeah, I took him up first at about 0.2 kph, ( I’m a smoker, and no, it doesn’t help) so he was probably glad to get out, even though he was laughing his head off all the way down.’

Proud Of My Kids

I m tryin’ to say – I am so damn, incredibly, over the top, ridiculously uber-mum proud of my kids. Obviously, I have always loved them, they have always made us proud. But heck – after what they went through –  they are the most incredible human beings EVER! They are decent, considerate, loving, wacky, different. They may not ever get a Nobel prize, run a bank, be famous (for saying stupid things on telly), I know they will make someone’s life better, they will make this world a better place by being who they are.

I was without contact to Philipp from Saturday morning until Wednesday afternoon. I was in our local credit union when I got his message ‘I summited’  – and in the middle of talking about money and crap I started grinning. like a Honigkuchenpferd – read ‘ honey cake horse, an incredibly happy creature (until it gets eaten at Christmas, but that’s another story). Rodney always claimed no-one  else in this world could be as happy as me about the ‘little’ things in life. I honestly can’t remember the last time I was THAT happy.

Of course, I’d like to win the lottery (it doesn’t help that I don’t play, maybe), I’d love it if we had a yacht out there, what if I had pushed Philipp harder with his piano lessons, if I could pay for my kid’s way through university and all the posh things they should do.

But you know what? Knowing that your son i safe and sound at Moscow airport, fretting over what to get in the duty-free shop, with a very sunburned nose ( a box of Marlboro for Euro 15.00 seems a good option, no? A bottle of ‘mother’s ruin’?) He’s happy. He’s safe (until the next mountain). That’s all that counts.

We only have the one life we are AWARE of. Make everything if it.